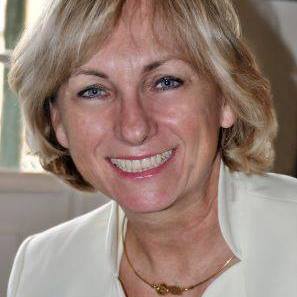 Founder and president of Areacreativa42

Karin was born in Karlovy Vary, Boemia (Prague). After the degree in Architecture, she worked as a freelance for 20 years with her husband and in 2008 she decided to work in the world of art. She began to organise exhibitions and events by founding Areacreativa42 in Casa Toesca and at the same time she managed, after being put in charge by the public administration, another association called Villa Vallero (Rivarolo C.se). The two associations created a cultural centre and drew the attention of art amateurs with more than 50 exhibitions in the first 4 years of activity.

In 2011 she created the Carlo Bonatto Minella Biennial Prize.

Elisabetta was born in Turin in 1985, where she lived until last year. She works between London, Turin, Milan and Prague. Her educational and professional path is characterized by a creative and a rational aspects. She is a lawyer and she attended a Master in Economics and Management of Art and cultural heritage, then a professional experience at Robilant+Voena Art Gallery in Milan.

Since the birth of Areacreativa42 in 2008, she is the vice-president of the Association and responsible for the press office; moreover she supports Karin on the organisation of exhibitions and events. Since 2013, she has been developing within Areacreativa42 a section for young curators,and she is developing project in Italy and abroad.

She is the responsible for the ART PRIZE CBM organised by Areacreativa42, that in its III Edition, took place in Turin, London and Prague. 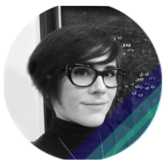 Director of projects and artists residences

Valeria Ceregini is an art historian, curator and art critic. She has a master degree in Semiotics at the University of Turin and in History of Contemporary Art cum laude at the University of Genoa where she continued her studies attending the School of Specialization for Historical Artistic Heritage. Since 2015 she has been writing regularly for international contemporary art magazines. She collaborates as curator with cultural institutions and contemporary art galleries in Turin and, from 2017, in Dublin. In October 2017 she was invited as curator-in-residence by the SEA Foundation (Tilburg, NL) for the realization of the first episode of a traveling exhibition project on the relationship between abstract and narrative art. 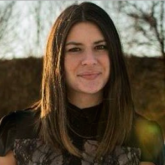 Responsible for the Educational Area of Areacreativa42

Giulia (1993) graduated in 2016 in Cultural Heritage at the University of Turin, where she is still completing her master’s studies in the faculty of Art History. Since 2012 she organises art history lessons for primary school children, combining the passion for art history and non-traditional teaching, which can stimulate young people to love art, both ancient and contemporary. From 2016, after a six-month internship, she collaborates with Areacreativa42 as a young curator and mainly as a referent and responsible for teaching in relation to the Artist Residences, which are constantly held at Casa Toesca and thanks to which she organises workshops and guided tours for children and young people of every school order.

Responsible for the coordination of cultural program and events

Elena has a degree in Communication of art and cultural market at the IULM University of Milano, with a dissertation on the cultural exchange between the XLVI Biennial of Venice 1988 and the Valle d’Aosta Region. When she finished her studies she worked in the Office of Turism at Valle D’Aosta in Paris, in the culture promotion sector. Afterward she went to London, where she attended a course of Art and Market at the Sotheby’s Institute of Art. Since October 2015 she is responsible for the coordination of the cultural program and events organised by Areacreativa42.