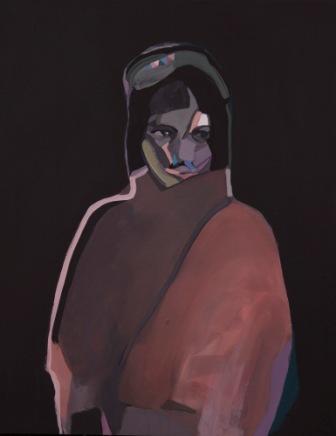 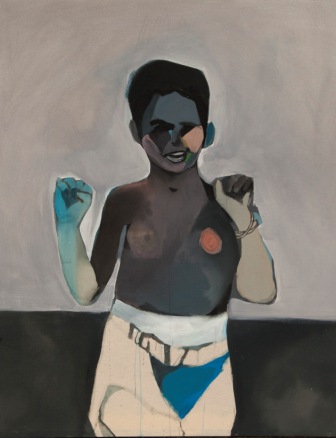 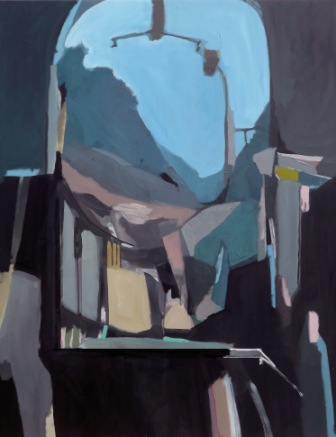 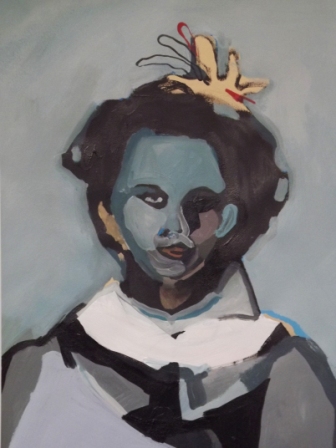 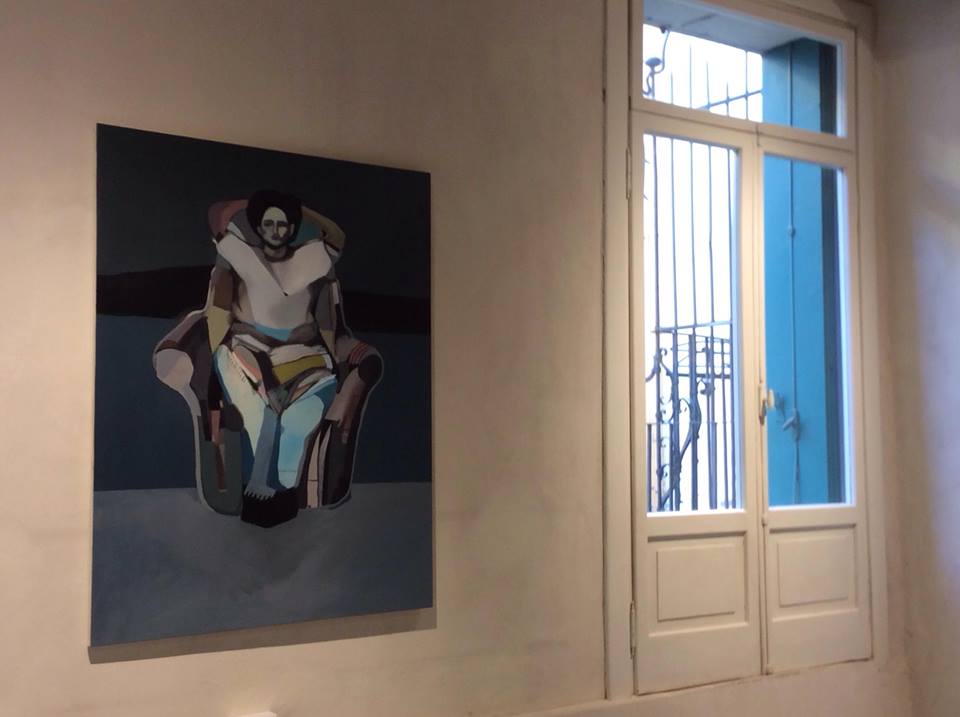 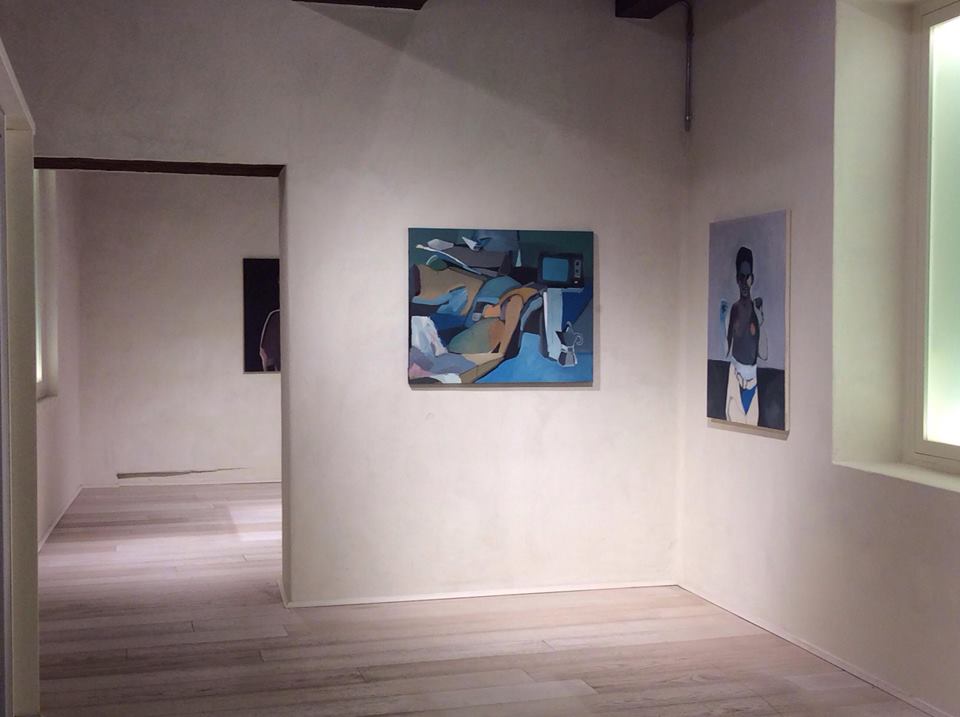 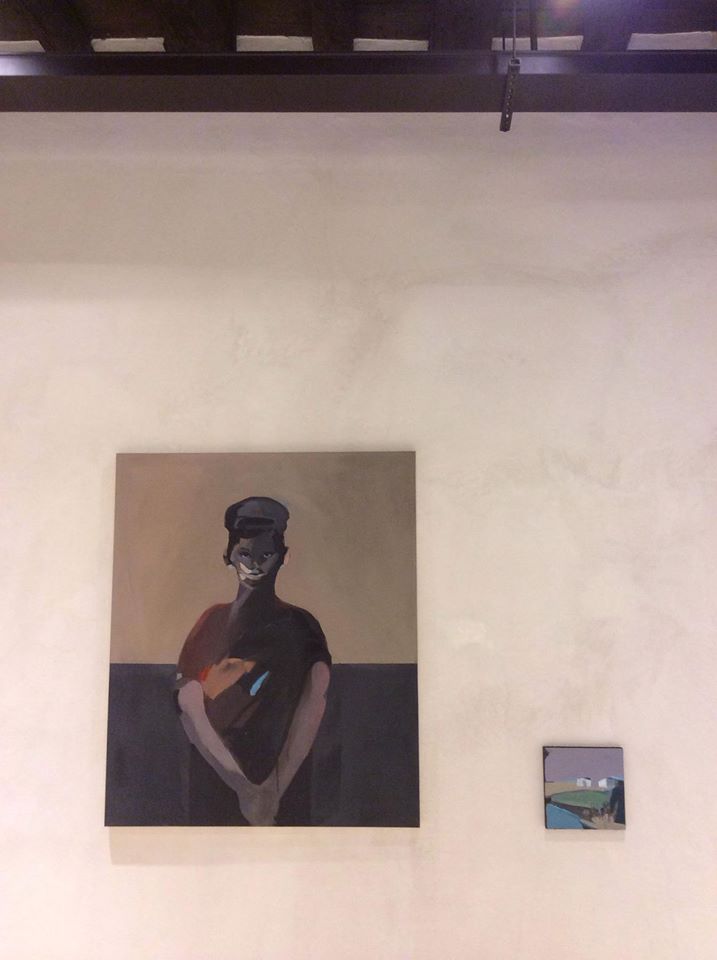 Portraits form K.’s diary is an exhibition part of the Young Curators project of Areacreativa42 and comprehends an unpublished series of paintings by Giacomo Modolo. Based on the memories of a young Karin in her early years in ex-Czechoslovakia and later on, in the Seventies, in Italy, the young artist from Vicenza has reworked and interpreted “someone else’s life”, but at the same time the experiences of many others.
The stories Giacomo was told are centred in the years of Prague Spring of 1968, when a Mitteleuropean and culturally active Prague suddenly becomes a country “on the edge of desperation and resignation” (Jan Palach). With the soviet invasion Karin’s family, like many others, is forced to seek for political asylum in Italy.

The tanks are ready as hawks for catching preys
the words are running on people’s faces
sorrow is running and burning every street
and every wall in Prague is launching cries.

In its ancient luxury still dressed
the square looked at his new life, grey.
Night was drawing near, as every day,
the walls of Prague did show usual words.
…

Her childhood continues in a very different country compared to Czech Republic and the memories of those years slowly resurface in the mind of an adult woman, more and more vivid.
Giacomo describes this project “a meeting of fate, a synergy that facilitated his artistic journey that joins a real life one”.

The centrality of the past life of the interlocutor, however, doesn’t lead him to represent her intimate and personal sphere as it was narrated, but he used it as a source of inspiration instead, a starting point to develop a thematic work dominated by spaceless shapes, a typical characteristic of the artist’s previous production, particularly centred on the historical events of the ‘900.
Giacomo links together stories, photographs and particulars discovered during his trip to Prague with imagined circumstances, recreating a universal representation of events, places and people that look at us from the canvas, leading us on a temporal journey.
The artist achieves his goal: a dialogue between the representations and the observer. Painting doesn’t become an end-in-itself, but awareness, and the exhibition-project allows for a sharing experience left to the sensibility of each observer.
A work above the others, particularly important for the artist, “Victory of/on people” takes inspiration from the visit of Prague and of the ironic statue of David Cerny inside the Kavarna Lucerna where St. Wenceslaus, patron of the City, has been represented riding an upside-down horse. Mariusz Szczygiel wrote: “The Czech Republic national symbol lost his horse”, meaning that there is never peace, there is no winner nor loser, in the past as well as in the present and Giacomo clearly represent this thought. Not only referring to Czech republic but to all the Countries.
In the same way the “countryless” flags represented in the works underline the historical cicles of history, which continuously repeats its own mistakes without granting a truce to humanity.
To complete the project, several extracts from the novel that the writer Ilaria Polastro is completing taking inspiration from Karin’s notes and memories have been included in the catalogue.

Perhaps he recognises himself in the characters he paints. They remain there.
Men but most of all female and juvenile figures waving flags, their eyes fixed on you. Proud and victorious but at the same time trapped within the layers of colour and unsure of their status, between past and present, figure and abstraction.
They live thanks to the energy that creates them, full of enthusiasm for historical subjects especially those of the ‘900, with its ideologies, contradictions and social crisis. Full of charm for the faded figures of old photographs and for old memories told once again.
However, the vital energy originates also from this condition of uncertainty and weakness that leads the artist to continuously question himself, towards a scenario dominated by the war fought daily in the isolation of a studio, with a stereo as the only company, an intense comparison and confrontation with his past personal experience, with his own vital space, with the masters of realist painting of all times.
It’s in this chaos that one recognises the meaning of painting: when the unforeseen element wins over the plan one can finally find himself, discovering a new language to express himself, accomplishing what for each artist is the“revolutionary”act that keeps him alive.
The revolution lies precisely in creating and animating objects through an aesthetic research able to place forms over rhetoric, conceptualism and ethic. At the point of being almost ambiguous. Because everything can crumble if one fights in the name of the composition, the colours and painting: nothing lasts. Sometimes only a flag.

I have written many notes thinking about my youth that became in part a yet unpublished book and in part a cycle of paintings and drawings by Giacomo Modolo. Nothing big, just fragments of a story like many others, with the particularity, if one really wants to find one, of not taking myself too seriously. It is however a way to tell stories that are not so important for anyone in particular, apart from who lived them. Their melancholy and aloofness are the central elements that Giacomo immediately picked. The structure of the pictorial work, the power of the looks, the game of gestures and the spatial constructions tell a past described through human figures. Figures that emerge from my memories. Never in so many years I came to find such an intellectual understanding like the one with Giacomo: the understanding of someone who records, understands and autonomously elaborates, free from prejudices and fears. His work never judges mine, it takes it as it is and the result is simple, raw. Brief images understood by those who value silence. Giacomo questions himself. He’s short of time, he pours the images on canvas and paper. It’s right, though. The vibration of his works lies in the understanding of how long one should linger… and not trying to question and finding a colourful meaning.
It’s a story directly linked to the years of Prague Spring, of a wealthy Italy, made of images and chapters completely unrelated that don’t conclude the story. It’s something I kept inside, looking for a hidden reason for investigating myself. The search is now shared and left to youngsters of a different generation that created an exhibition and a novel: the artist Giacomo Modolo, the writer Ilaria Polastro, and the young curators Silvia Maria Carolo and Elisabetta Chiono.