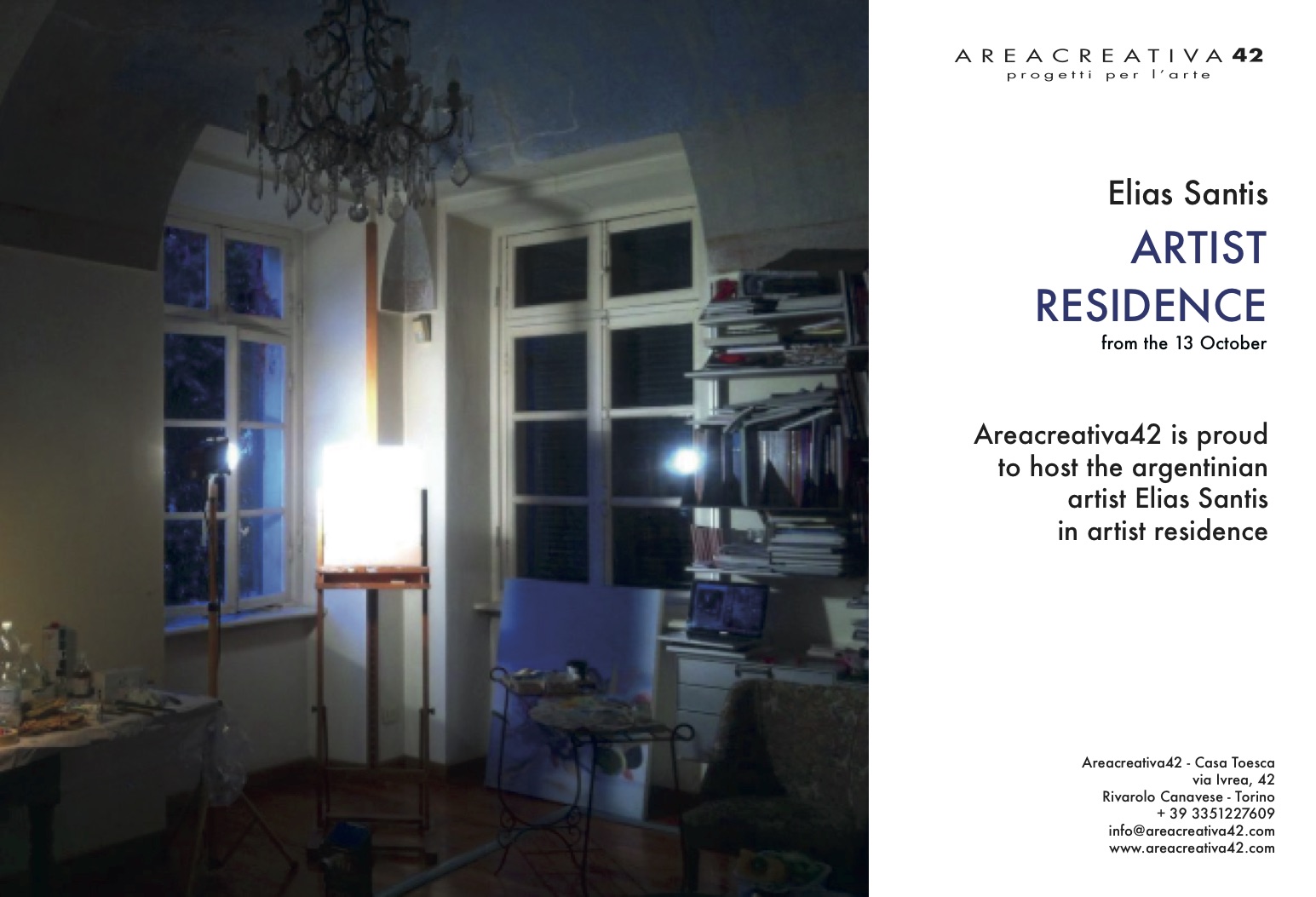 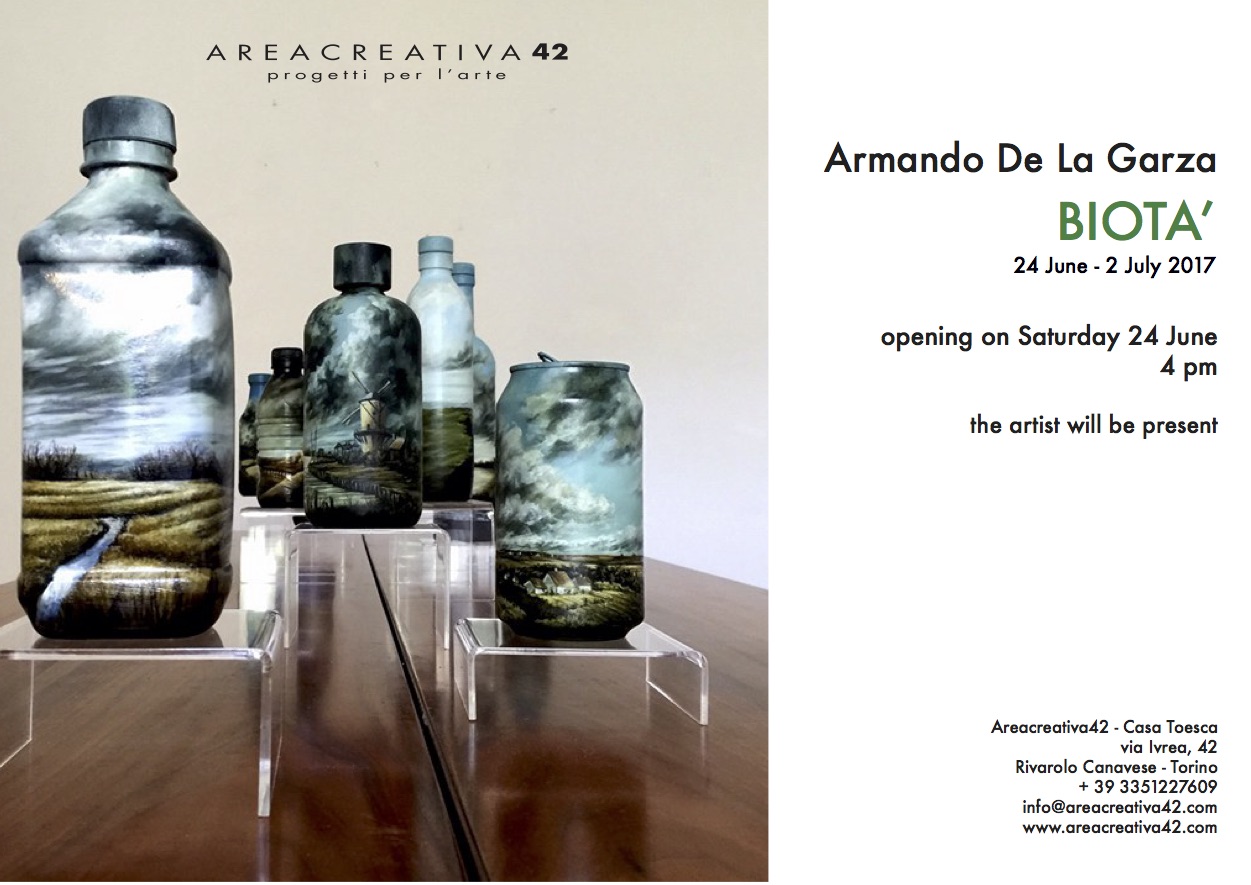 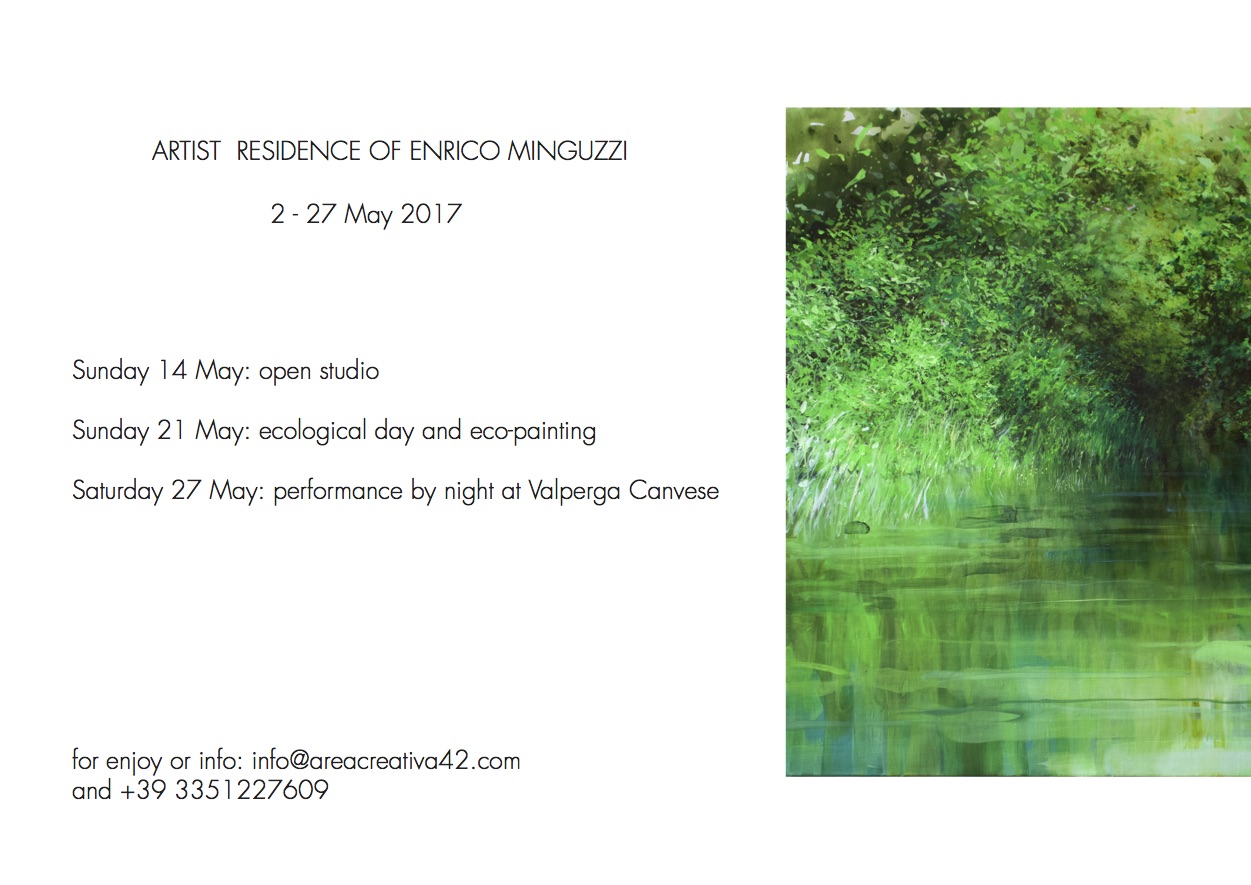 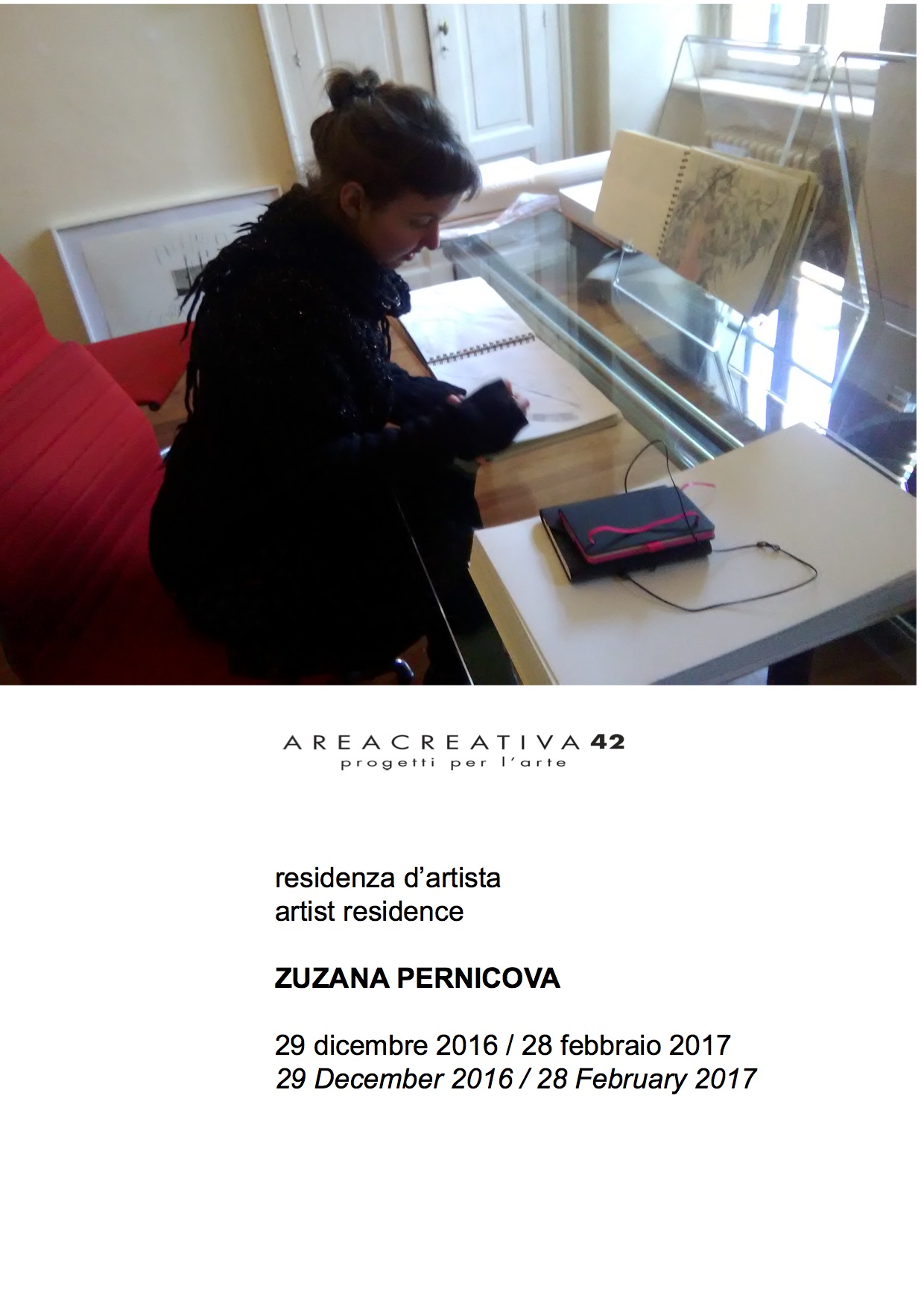 Zuzana Pernicova, finalist of the III Edition of the Art Prize CBM, is in artist residence at Areacreativa42 from the 29th December 2016 to the 28th January 2017. 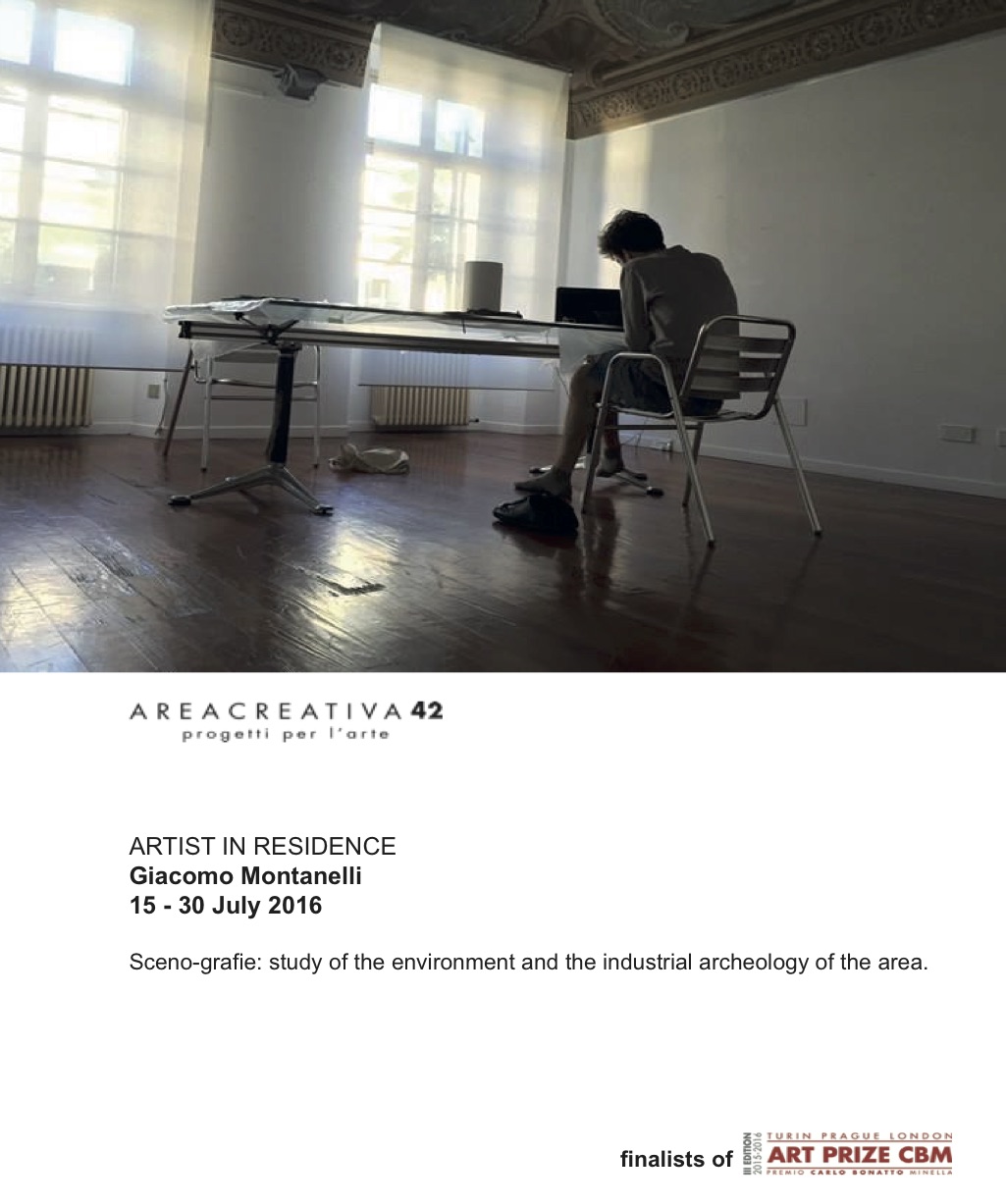 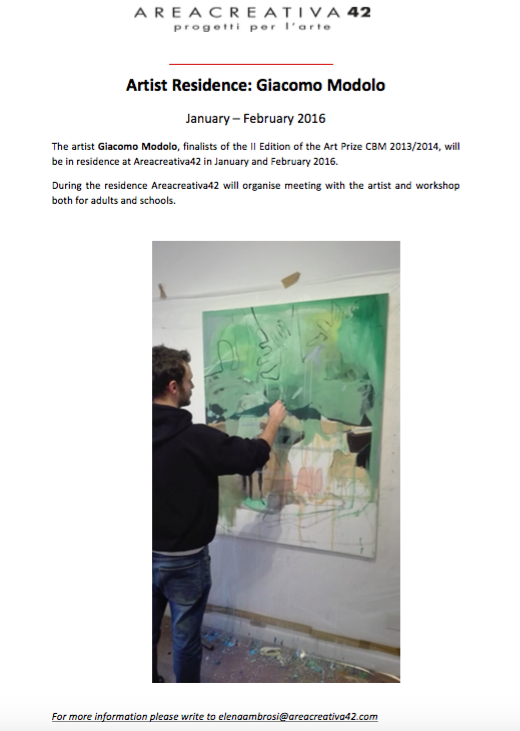 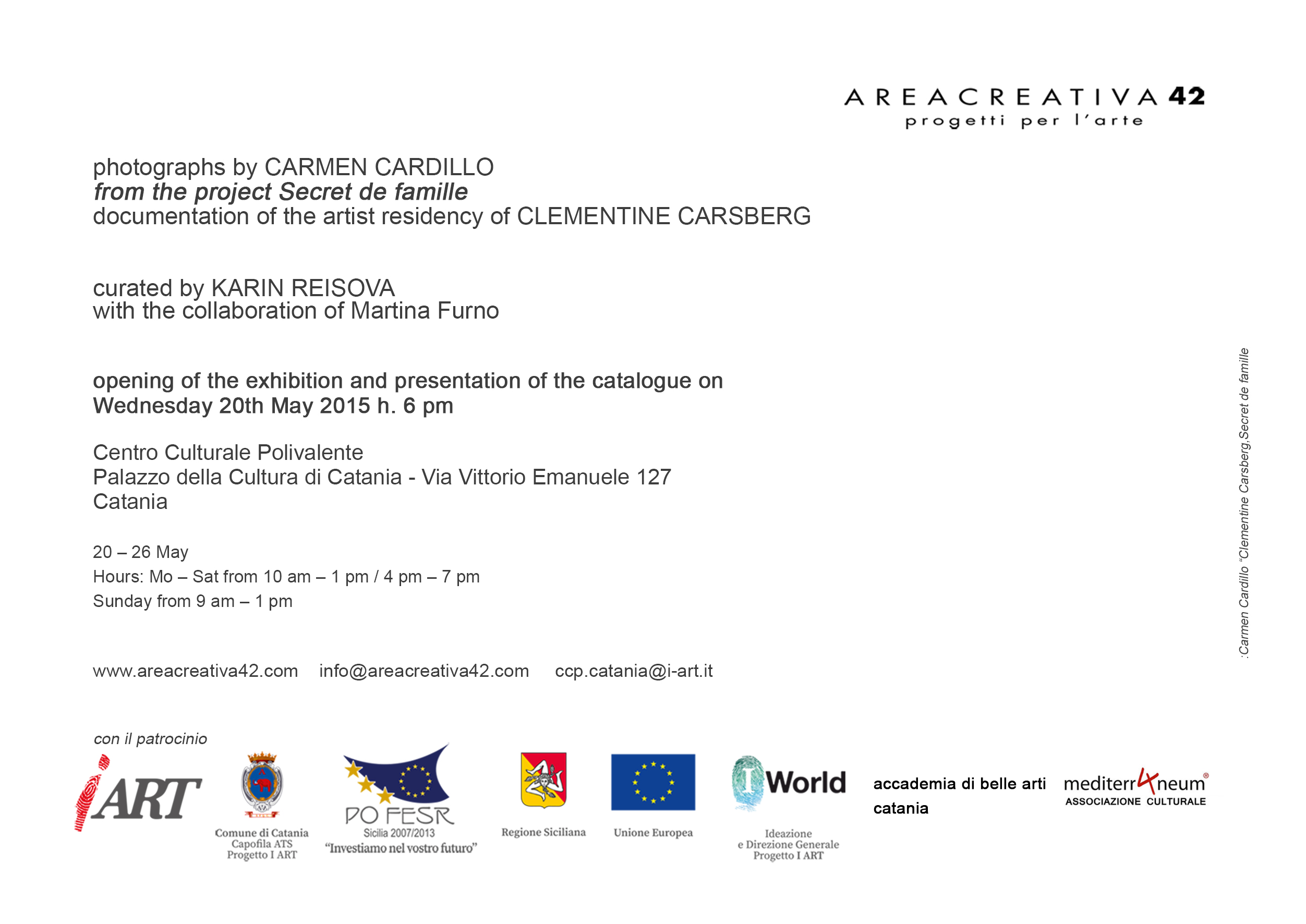 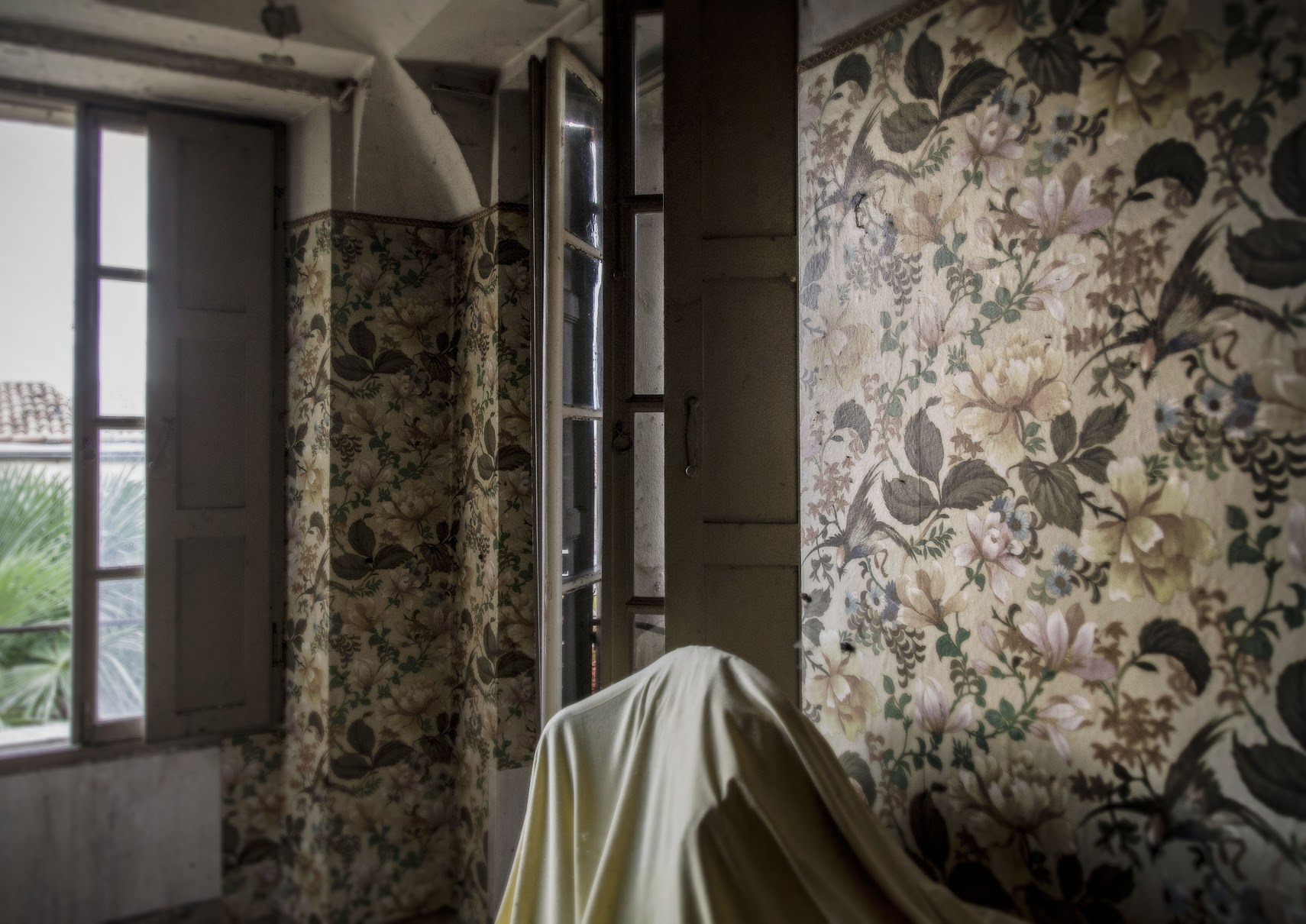 The Polyvalent Culture Centre of the Palazzo della Cultura of Catania will host the last stage of Clémentine Carsberg’s artist-in-residence program, which took place between October and November 2014 at the Cultural Association Areacreativa42 of Rivarolo Canavese (Turin). Carmen Cardillo’s photographs and the catalogue of the artist-in-residence program by Karin Reisovà and Martina Furno (Edizioni Mediterraneum) will be also presented.

The artist from Marseille took inspiration from a room on the second floor of Casa Toesca, main office of the association, to create an installation in wallpaper in the Limonaia space. Secret de famille is a summary of the meditation conducted on the signs of aging that trace the house and the wallpaper, despite its fragility, has been the material of choice to revive memories and express new meanings, intimate and universal at the same time.

The residence has been thoroughly documented by the photographer Carmen Cardillo, who has worked with Areacreativa42 for several years and has recently open her solo show Alias / Self-portraits (5 to 30 November 2014) at Casa Toesca. Her silent presence, her observations and feelings were of fundamental importance for the artist and an important contribution for the development of the project. She says that “inside ancient houses, time takes its time to flow, perception broadens” and her photographs are intended to restore that sense of initial discovery and revelation born in her encounter with the room in the attic.

Thanks to Marcella Borzì, head of the Polyvalent Cultural Centre of Catania (built with funds from the European Union under the project IART Il polo diffuso per le identità e l’arte contemporanea in Sicilia), and Marilisa Yolanda Spironello, expert in cultural traditions and local identities, the photographic sequence comes in Catania, homeland of Carmen Cardillo, and will be a great opportunity to revive the family secret, shape the memories, evoke new stories… let us immerse in an “other” place, in an attic where the objects accumulated are nothing more than memories made of paper.

During the exhibition a workshop will involve two students of the Academy of Fine Arts of Catania. Save the date: Wednesday, 20th May at 18 for the opening.

Clémentine Carsberg, born in 1981, lives and works in her studio in Marseille. She graduated in 2004 from the École Superieure des Beaux Arts in Marseille and continued her studies in “Science de l’Art” at the University of Aix-en-Provence under the direction of Alain Chareyre-Méjan. Since 2003 she has got various grants and took part in artist-in-residence programs between France and Italy. She has participated for some years to the events proposed by the Château de Servières and she exhibits in France and abroad. For his installations she employs simple materials, such as wallpaper, capable of restoring an environment in the name of modesty and irony. 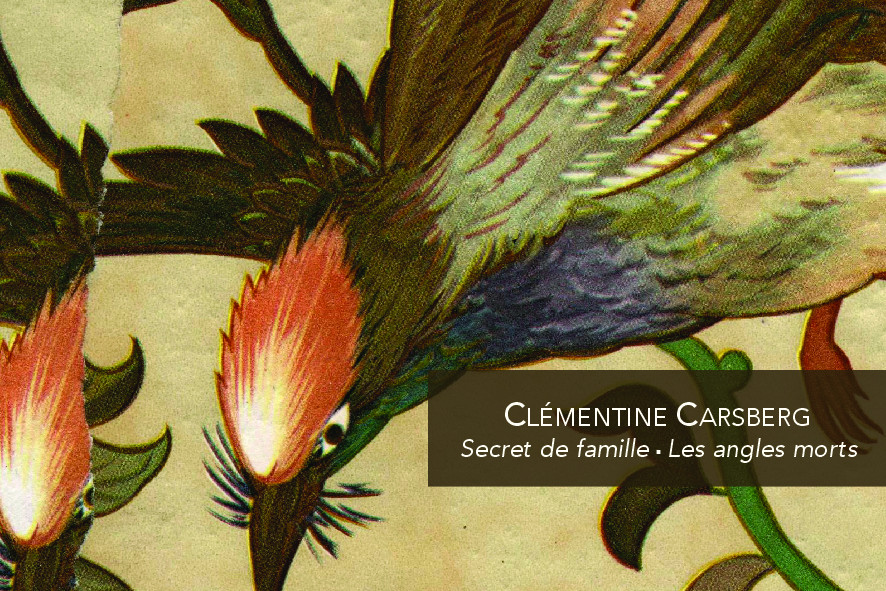 During the period when Turin will be dedicated to contemporary art, with maximum visibility, at Artissima (7-9 November 2014) Areacreativa42 also opens the doors of Casa Toesca for a double date all with women. Wednesday, November 5 Clémentine Carsberg, who is involved in the “Residences artist” at Casa Toesca will conclude its stay in town with the inauguration of its installation in the space of limonaia; at the same time the exhibition of the photographer Carmen Cardillo will take place on the first floor.

The cooperation, through the mediation of Clémentine, arises from the Turin sculptor Christian Piccinelli, already a guest at the association with the exhibition “Migrants heads”(May 29-June 29 2014). The first meeting between the two artists dates back to 2013, on the occasion of the 15th edition of “Ouverture d’Ateliers d’Artiste”, organized by the Association Servieres Château de Marseille and was followed last June 2014 at the atelier of Turin during “AccaAtelier”, an annual event that opens the doors of artists’ studios to the general public.

Keen observer and a great lover of what she calls the “archaeological traces,” Clémentine has drawn inspiration from a room on the second floor of Casa Toesca for the construction of an installation in papier peint (wallpaper) in the space of limonaia. The wallpaper, the hallmark of its production, is the material that best fits with the conduct meditation on the ravages of time chronicling the house, an operation that is summed up in the title of the residence Secret de famille – Les angles morts. Subtle traces, barely suggested, that become full of universal meanings, without telling a story too precise. Clémentine proposes a new reading of the space: decorative, two-dimensional, flattened but, at the same time, illusion, which hides the Détachement, the irony. In every day life, upholstery hides, obstructs the view, covers the imperfections of the wall surfaces. Likewise in Clémentine’s installations: as a humble material, poor, which has the potential to hide the visible, to standardize, to confuse the observer and let his eye meditate.

Thanks to the collaboration of teachers and of the young Department of Culture of the city, on the day of Wednesday, November 5 Casa Toesca will be opened already from the morning to accommodate the children of local schools by involving them in workshops of photography and collage.

The artist has been working for two weeks at Casa Toesca, setting up a printmaking workshop in the “limonaia” and making a linoleum handwriting inspired by the theme “Living Parallel”, the title of the current exhibition. The work was printed in 60 copies. When printing have been involved members and fans of etching that were able to see directly the artist at work and experience the technique.

Mikhail Scigol chose the “limonaia” of Casa Toesca as a studio. The artist has painted en plein air, drawing inspiration from the historic centre of Rivarolo Canavese with its narrow streets, churches, and the House and castellazzo Toesca. The result was a work that reinterprest the sites by uploading personal experience and upbringing. The lights and the prospects are the result of research that goes beyond the figurative, in a dream-like vision of a unusual Rivarolo, interpreted through the eyes of an Ukrainian artist. The experience is completed with a meeting between Scigol and the public, journalists and the local administration. The show continued for two months in the halls of House Toesca.

The Belgian artist Serge Van de Put has been guest by Areacreativa42 during the stages of preparation of the exhibition “Along the Road” and in the “limonaia” has laid the foundation of his studio. While in the garden the amazing elephant made ​​of tire size has attracted more than 10 thousand visitors, in a small laboratory was born a mouse specifically designed by Van de Put. The artist, with the subtle irony that characterizes his work, placed the mouse in front of the elephant! With the cutter, a drill and a few tools “workshop”, he modeled the tires of bicycles and motorcycles with a capacity of interpretation unique. The live implementation was proof of his genius and ability to express themselves through an unusual material. About the elephant trek: from Antwerp at the Venice Biennale, then at the Old Port of Genoa until Areacreativa42, now the Castle of La Napoule Cannes.